Have questions about LayerZero Power Systems? Find your answers here.

What does the name LayerZero mean?

The name "LayerZero" was created on the idea of creating a robust foundation layer of power system infrastructure for data centers.

Founded in 2001, and the LayerZero name was inspired by the need for high-reliability foundation-level power distribution systems designed specifically for mission-critical facilities.

The Open System Interconnection (OSI) reference model refers to seven layers (Layers 1-7), each specifying a particular network function. The model was developed by theInternational Organization for Standardization (ISO), and it is now considered the primary architectural model for intercomputer communications.

"Layer Zero" of the ISO/OSI reference model needs to be comprised of reliable, safe, information centric and a highly connected set of power distribution products and processes. LayerZero is the foundation.

For more information about the background of the LayerZero name, please visit the page "What is LayerZero". 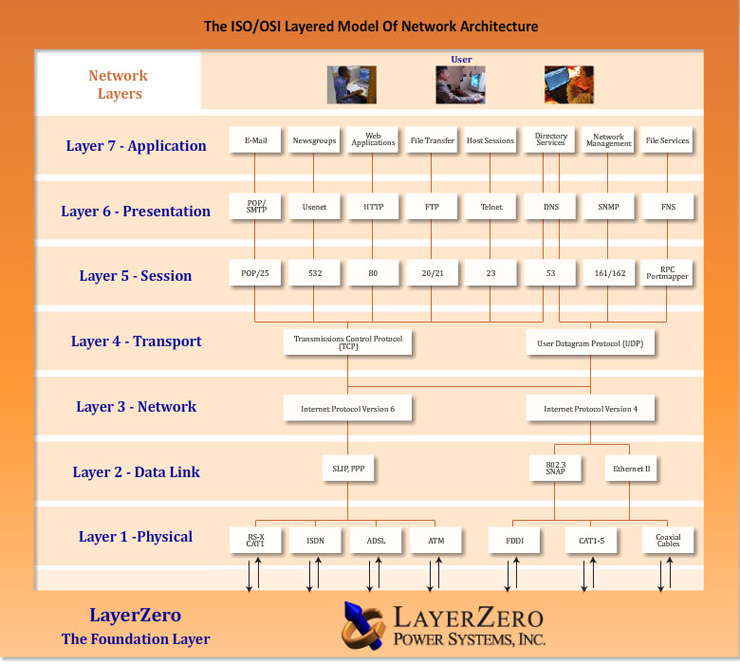 LayerZero is "The Foundation Layer" of the OSI model.

What is the internet address for LayerZero Power Systems?

The address for LayerZero is www.LayerZero.com.

Where is LayerZero Power Systems located?

What is the phone number for LayerZero?

How long has LayerZero been in business?

LayerZero has been in operation since April 2001.

How big is Layerzero Power Systems?

LayerZero Power Systems employs over 100 people between both locations.

Where is LayerZero Power Systems incorporated?

LayerZero is incorporated in the state of Ohio. 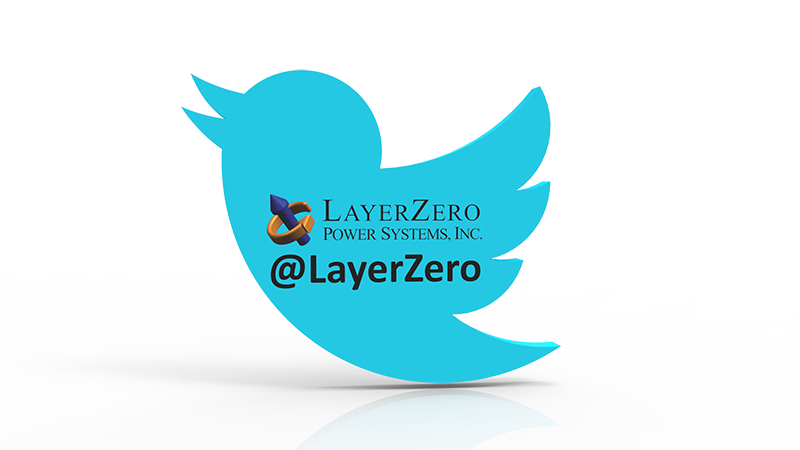 What does the LayerZero Power Systems logo mean?

The LayerZero logo is a graphical representation of the "Right Hand Rule".

One of the main concerns is of data centers is maintaining business continuity; business rely on information systems to run their operations. If a system becomes unavailable, operations may be impaired or stopped completely, often causing serious disruptions to a company's operations, as well as their reputation.

It is necessary to provide a reliable power infrastructure for IT operations, in order to minimize any chance of downtime. A Static Transfer Switch is designed to get you out of trouble - fast. LayerZero provides a last-line of defence in the event of a potential incident, reliably switching power between multiple sources and safely distributing critical loads.

For a sample list of industries served, please visit the "Customer Base" page.

What currents are LayerZero Static Transfer Switches available in?

Will you customize your products to fit our specific needs?

Yes! All LayerZero products have various options that can be custom-configured.

We will be happy to work with you to determine and customize the best LayerZero solution for your needs.

What connectivity protocols are available on LayerZero Static Transfer Switches? 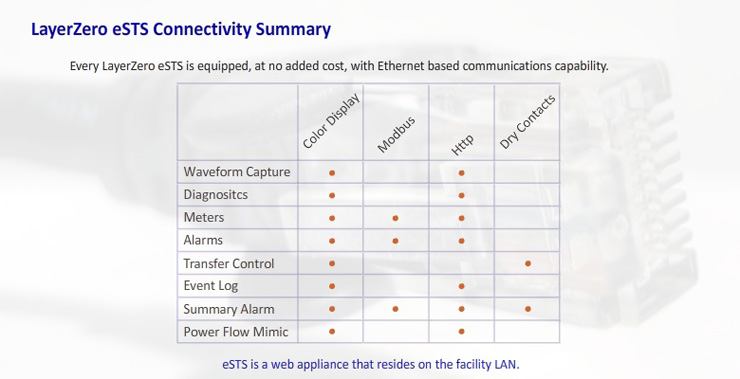 What connectivity protocols are available on LayerZero Remote Power Panels? 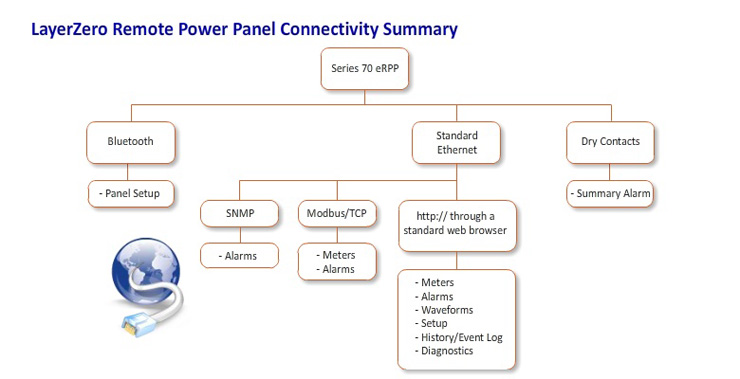 What modbus registers can be accessed?

Can you set time via network?

Why do all LayerZero products start with the letter "e"?

The "e" in LayerZero stands for "web-enabled", and products beginning with the letter "e" (eSTS, ePODs, eRPP, and ePanel) are "web-enabled".

What is an eSTS?

eSTS is an acronym for Web-Enabled Static Transfer Switch.

A Static Transfer Switch is a devices that switches between multiple sources fast.

ePOD is an acronym for Web-Enabled Power Distribution Unit.

A Power Distribution Unit is a device that destributes electrical power, often containing a transformer and/or Static Transfer Switch.

What is an eRPP?

eRPP is an acronym for Web-Enabled Remote Power Panel.

A Remote Power Panel is a device that distributes electrical power.

What is an ePanel?

ePanel is the name for LayerZero's Web-Enabled Wall-Mounted Panel Board. ePanels consist of finger-safe panel boards, with optional main breakers.

The "Series 70" product line was inspired by the need for low-voltage critical power distribution products with an emphasis on maximizing operator safety.

The "70" in Series 70 stands for section 70E of NFPA, the guideline for electrical safety. With the introduction of the SafePanel in 2007, LayerZero coined the term "Series 70" for our safety-focused upgrade to our product line. Other features that signify a "Series 70" product include InSight IR™ Portholes, front-only bolted connections, and insulated buswork.

All LayerZero "Series 70" products are "NFPA-70E Friendly", specifically designed to be safe to operate.

The SafePanel is a finger-safe panel board designed by LayerZero. Available in 400 A and 1200 A, the SafePanel requires IP-20 PPE.

Type-P is a configuration of Power Distribution Units that LayerZero manufactures. The "P" stands for "Primary-Side", the location of the Static Switch on a ePODs: Type-P. From left-to-right, the ePODs Type-P contains a Static Transfer Switch, Transformer, and Distribution.

What is a Dual Type-P?

Dual Type-P is a configuration of Power Distribution Units that LayerZero manufactures. The "P" stands for "Primary-Side", the location of the Static Switch on a ePODs: Dual Type-P, and "Dual" signifies "Two Transformers". From left-to-right, the ePODs Type-P contains a Static Transfer Switch, Two Transformers, and Distribution.

What is a Type-S?

Type-S is a configuration of Power Distribution Units that LayerZero manufactures. The "S" stands for "Secondary-Side", the location of the Static Switch on a ePODs: Type-S. From left-to-right, the ePODs Type-S contains a Two Transformers, a Static Transfer Switch, and Distribution.

Type-N is a configuration of Power Distribution Units that LayerZero manufactures. The "N" stands for "No-Transformer". From left-to-right, the ePODs Type-N contains a Static Transfer Switch and Distribution.

What is a Type-X?

Type-X is a configuration of Power Distribution Units that LayerZero manufactures. The "X" stands for "No Static Transfer Switch". From left-to-right, the ePODs Type-X contains Distribution, a Transformer, and Distribution. Distribution cabinets on both sides is optional, our products can be custom-configured to best-fit your needs.